HomeArticlesPressToolbox
Back to Voodoo.io
Submit your game
Products
4 minutes read
How Voodoo’s Launch Ops team help turn your prototypes into worldwide hits
Ever wondered what happens after you make a hot prototype? How does your prototype transform into a worldwide hit played by millions of people around the world? Clément Dubois, a Senior Game Developer from the Voodoo Launch Ops team, takes us through the process of launching and scaling your game.

By The Voodoo Game OPS Team 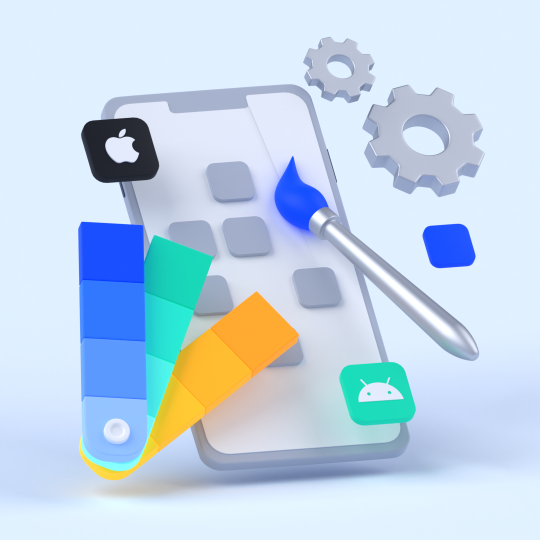 Once you have a promising prototype, the next step is to turn this into a game that can be launched and scaled worldwide. But before your game hits the top charts and gets played by millions of people around the world, there’s a pretty long list of things you need to do first; adding ad monetization, adding trackers to be able to pull and analyse data, increasing retention and lowering CPI in order to scale, keeping your codebase stable, fixing any bugs in your game, localizing your game into different languages… the list goes on. And all this needs to be done in an extremely short amount of time to avoid any potential copies. This can seem like a daunting task for any studio, especially if it’s your first time.

Hyper-casual is all about testing and learning, failing fast and using each failure as an opportunity to learn and get better next time. But whilst this mindset works well for the ideating and prototyping phases, it’s much rarer to reach the launch & scale phase. Even if your studio is big enough, and has enough firepower to get through that daunting to-do list super quickly, it’s much harder to acquire the experience and vital key learnings that will give your game the best chance at long-term success.

That’s why the Voodoo Launch Ops team was created back in 2019. Their job is to give extensive support and guidance to every studio so that they maximise their profit from each hot prototype. Clément Dubois, Game Developer in the Voodoo Launch Ops team and co-author of the Voodoo Dev Manual, joined us at the latest Voodoo Live Event in Paris to show us exactly how the team helps turn your hot prototype into worldwide hits. 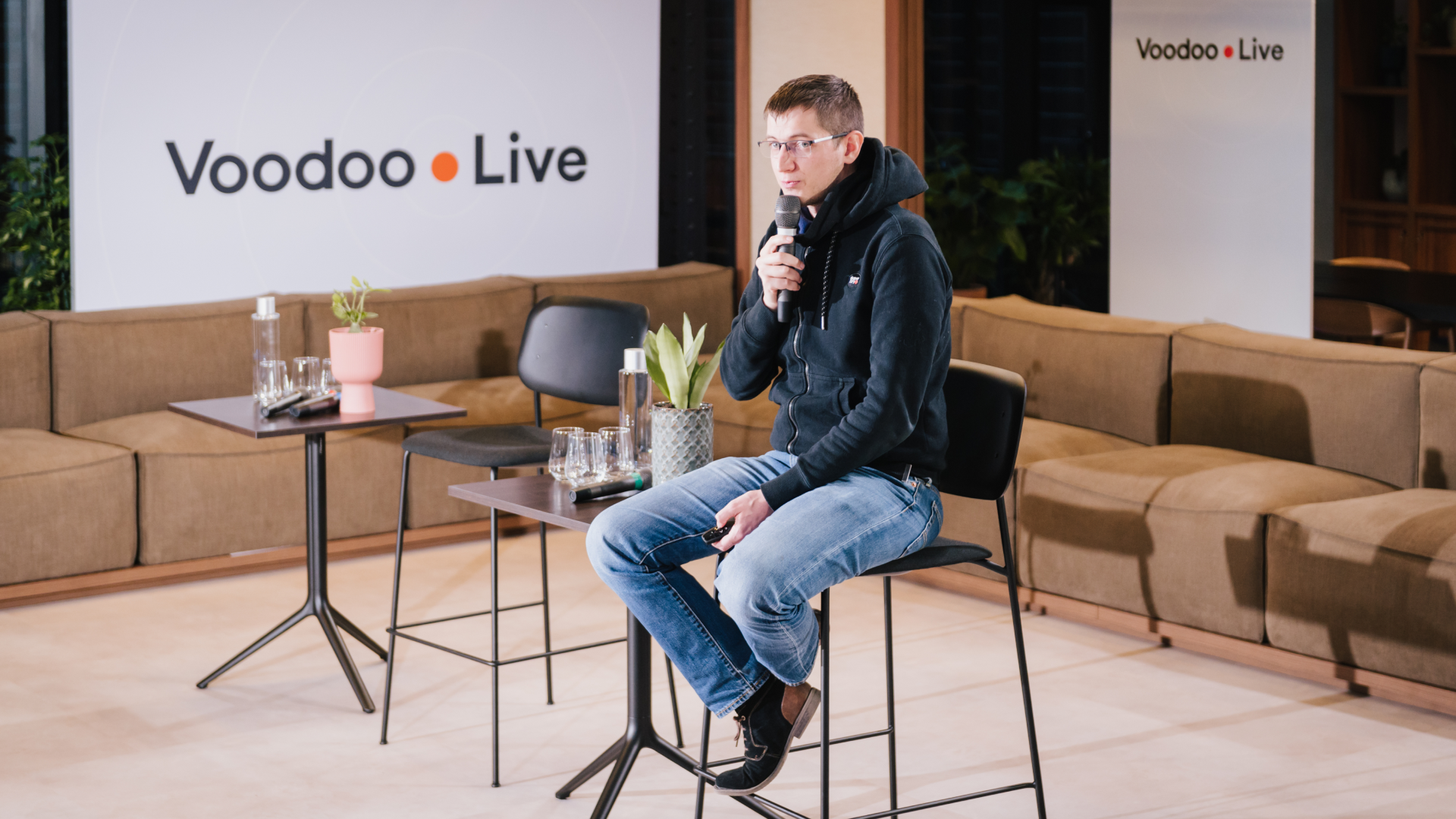 Clément: We wanted to make sure that there was a strong team at Voodoo to accompany every studio. Before joining Voodoo, I was actually an indie game developer myself, so I was already familiar with all the pain points and problems that needed fixing in the launch & scale phase. There are three key steps to the work that we do today with every studio that publishes a game with Voodoo:

Step 1: Understand what the challenges, issues, or bugs  are, and fix them together

Step 2: Help you unlock your game’s hidden potential with optimization and new features

Step 3: Share key learnings with you and the wider Voodoo  community for future launches

For the past two and a half years, we’ve worked on a ton of games, including Voodoo’s biggest hits, stacked up an enormous amount of knowledge, and even developed in-house tools to make the whole process easier and faster than ever. 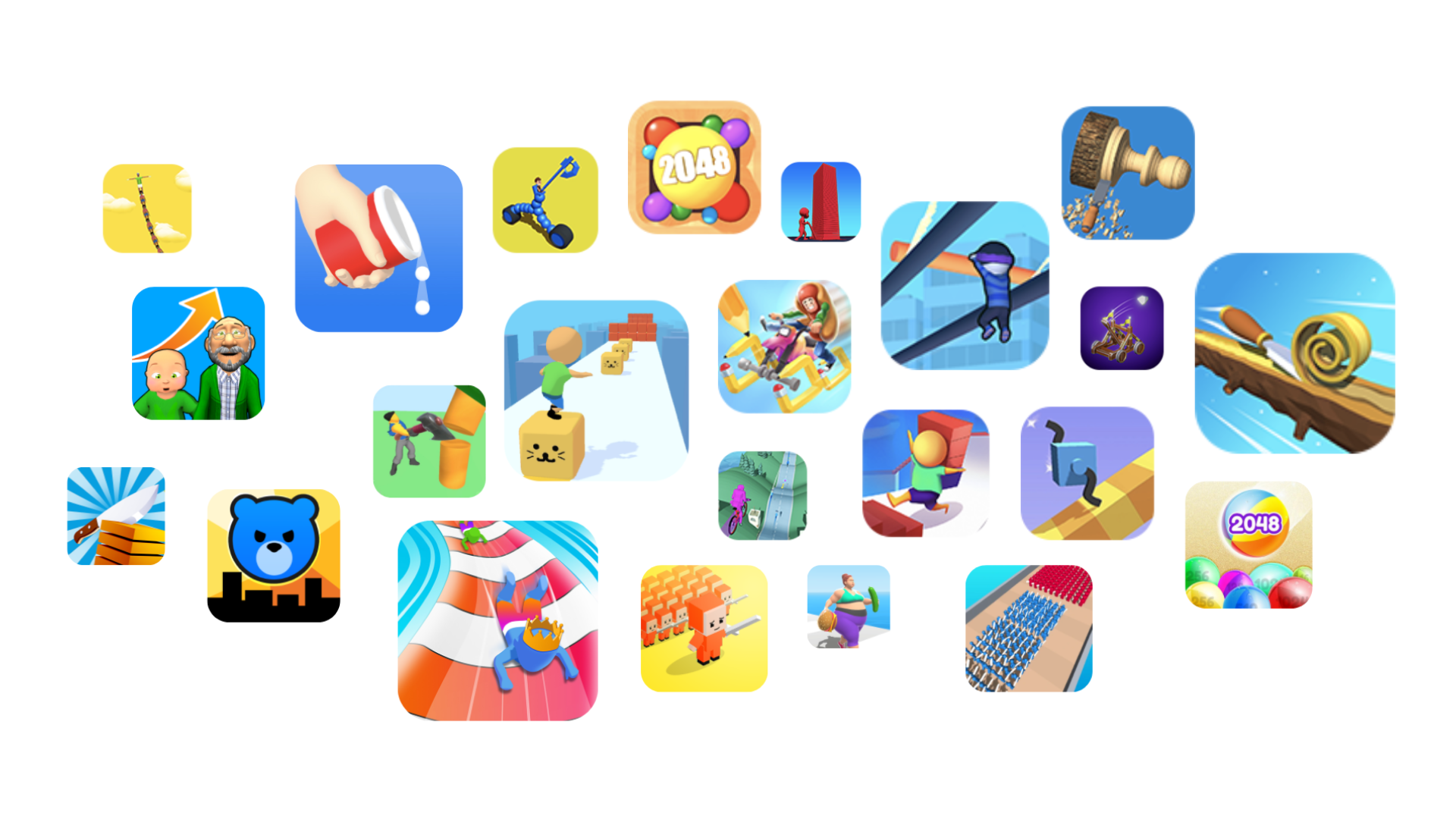 A personalised approach for each studio

Clément: A team of six developers won’t need the same support as a team of one developer and one artist, or a solo dev. So we adapt the support we give to each studio, and we basically become an extension of your team! Communication also adapts to your needs - sometimes we have one daily call with a studio and that’s enough, but other times we’ll literally stay in a virtual meeting room with the studio to discuss all day every day. It depends on how much communication studios want and need.

We join studios as early as possible in the process after identifying a hot prototype. The earlier we start working together, the more time we have to improve KPIs before the game goes global, and so the bigger it will get. To reach the KPIs needed for launch, we need to iterate very quickly, usually doing a batch of 4-6 AB tests within a week to try out new features and boost the game’s metrics. Everything has to happen at sonic speed!

The Voodoo Launch Ops team will adapt to your team’s needs to make sure your game reaches as many players and generates as much revenue as possible. 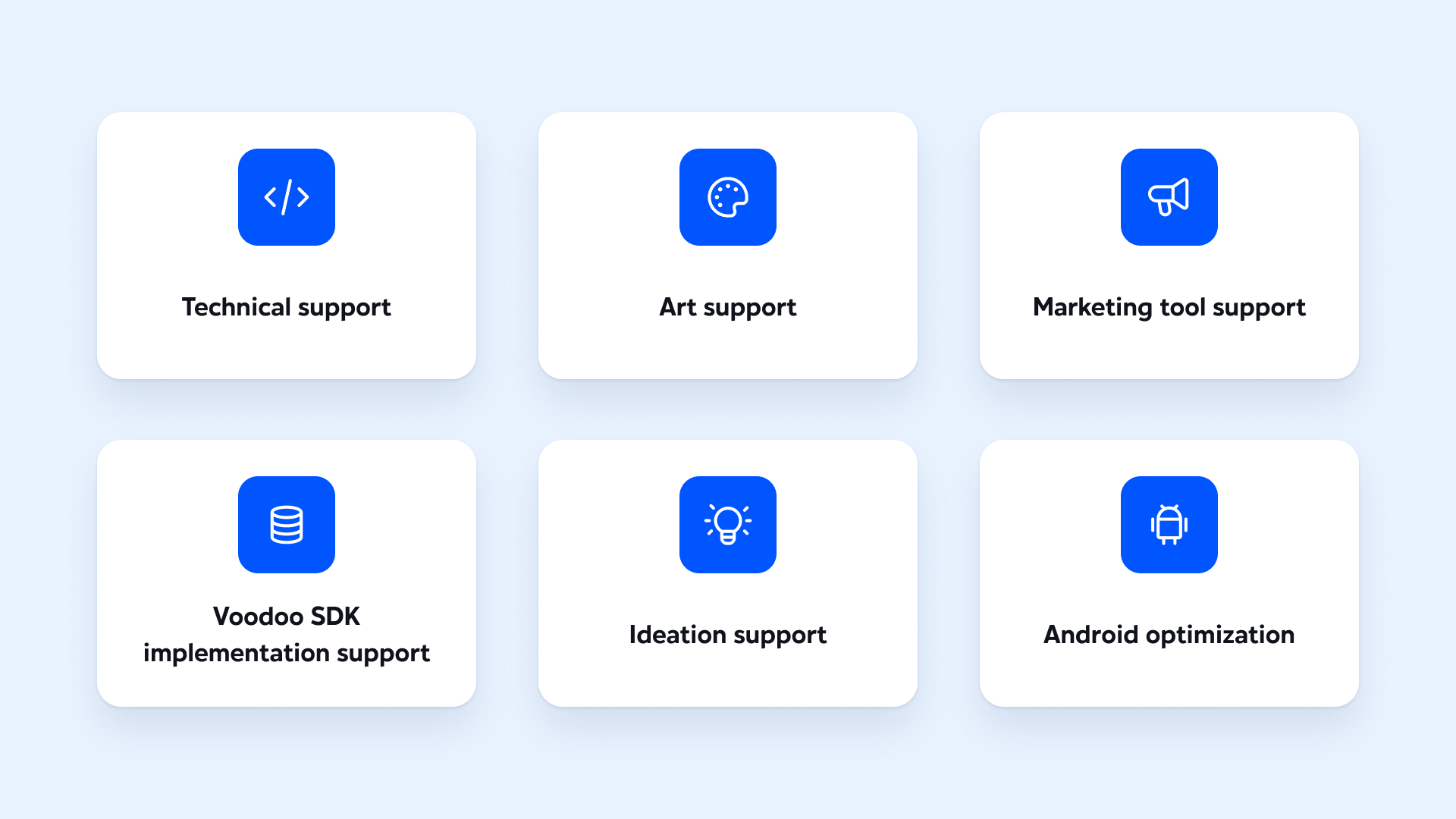 Clément: Today there are six key levers to our support, but this list gets bigger as the industry evolves. Android optimization, for example, is something that was added this year.

We have developers ready to jump into your team for extra firepower, their goal is to improve existing features, create new ones, and make sure that your codebase is clean and reliable.

Implementing monetization mediation and analytics can be a very heavy process, but Voodoo provides a handy in-house tool to implement these as quickly as possible, it’s called the Voodoo Sauce.

We have meetings with each studio every week to define what the roadmap will look like, discuss new features, and swap ideas.

We often come across a studio of devs with no dedicated game artist. Our team of experienced artists help studios design whatever kind of assets they need, including things like skins, meta-features, level ends… anything really!

In order to keep reducing your CPI, you need fresh creative videos. Once your game is being scaled, we have a team that takes over the long and heavy process of creating new ads and new videos! To move even faster on this process, we create debug menus on your game so that we can modify what we need to for video purposes, like removing the background, UI, going from one level to the next… it could be anything. The goal is to find new best creatives that will outperform the previous ones, without you having to spend time and energy on this.

To reach the widest audience possible on both devices, we now have a team that focuses on making sure the Android version will perform just as well as the iOS version on any device. This includes low hand devices which means optimizing your game to avoid a low frame rate or crashes, things like that.

To give you an example, I’m going to show you what happened when we teamed up with the studio Atinon for the game Cube Surfer, one of hyper-casual’s biggest hits in 2020. We focused on three areas: Android Optimization, Refactoring the game for improved stability, and A/B testing to improve the game’s LTV (LifeTime Value) after launch.

A game is usually launched on both iOS and Android at the same time, but for Cube Surfer, the Android build was not as strong as the studio hoped. We had to work fast, and hard, to publish and scale on Android as soon as possible after iOS. When our team merged with Atinon, we managed to increase the FPS by 52% on average, which meant that the game could run smoothly on any device, which isn’t always a given on Android!

When the prototype was built, the team didn’t use prefabs a lot, so each level was made by hand. This meant that each level was extremely well designed and interesting, but, it would also take much, much longer to A/B test new features in the game, as any small change you make has to be added to each level manually. This really impacts your timeline, and speed is really of the essence here. For Cube Surfer, we decided to refactor the project before starting to ensure stability - something that Atinon definitely wouldn’t have had time to do by themselves. Thanks to this, we were able to move fast, whilst decreasing error events by 75%.

One of the most successful features we worked on for Cube Surfer was adding the new level end. The original ending was a path with blocks and different multipliers on each block. When you died on a specific block, you’d win that multiplier. This was too complicated, and not necessarily engaging for the player; it didn’t use the resources they’d stacked up during the level in a satisfying way. So we brainstormed and Atinon came up with the idea of using a stair instead, which seemed much more visually satisfying. So we worked together on art and implementation, and the LTV D7 increased by 25%, which is just huge.

The second thing was that we used our team of artists and internal tools to implement a shop feature so that users could buy new skins and visuals on the cubes. With this new feature, the LTV D7 grew by another 10%.

All these improvements meant that Cube Surfer was a huge success when rescaled. It’s now managed to rack up over 123 million downloads on iOS and Android.

Clement: Ultimately, being a hyper-causal publisher is not just about increasing your studio’s chances of creating a hit game. It’s also about maximizing studio profit on each hot prototype so that you can keep getting stronger, and keep making hits. The way we work takes all the stress out of the scale and launch process for you, whilst taking your game to new heights.

2022 is going to be huge for us in the Launch Ops team. I feel like the team levels up every month, not just because it’s physically growing in size, but also because of the knowledge base and expertise that we’ve grown together over the past two years.

A big thank you to Clement for his talk at Voodoo Live Paris.

Check out some of the available Launch Ops resources right here on Press Start's Toolbox section, and on the Publishing Platform here for any partner studios. 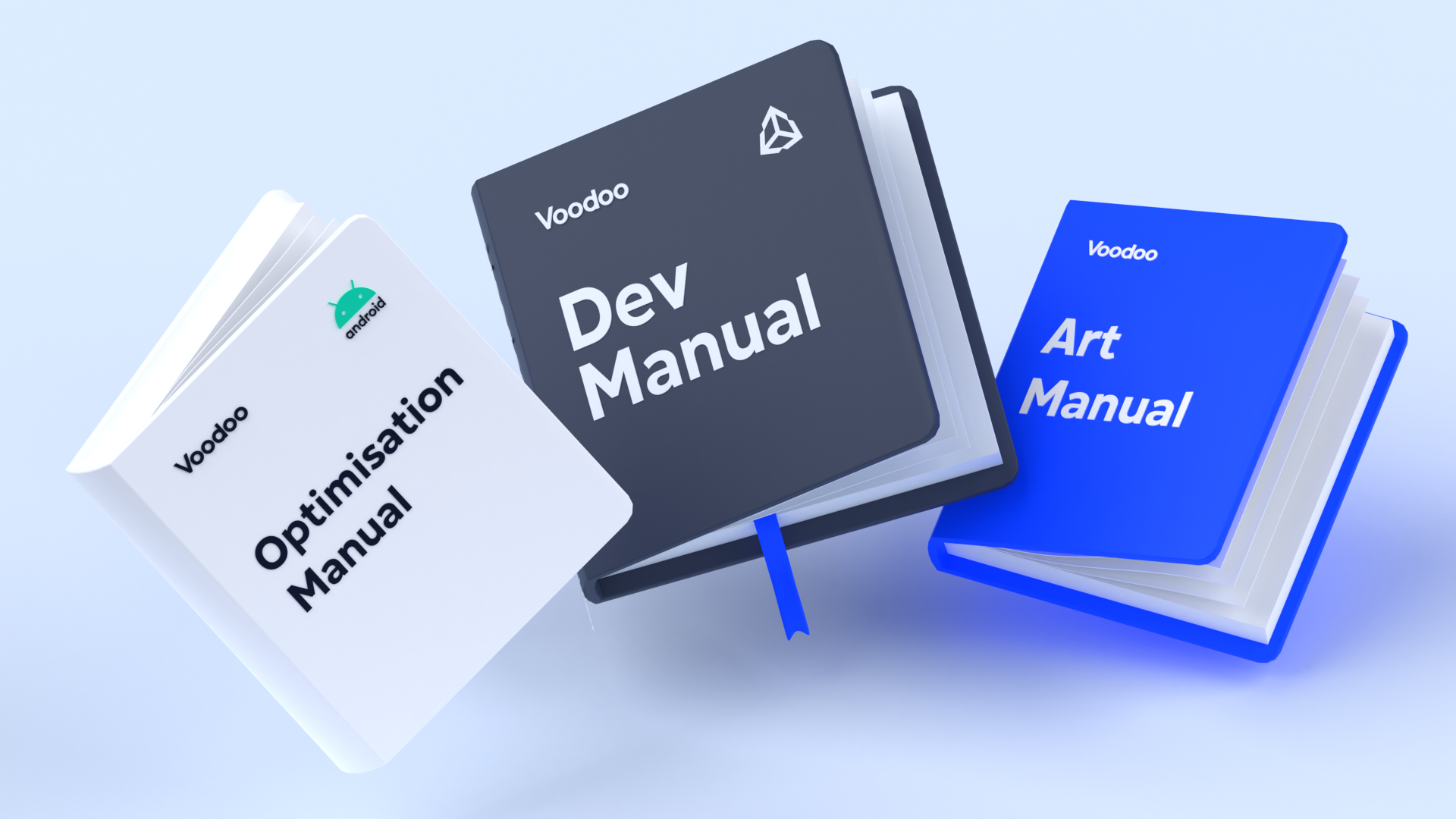